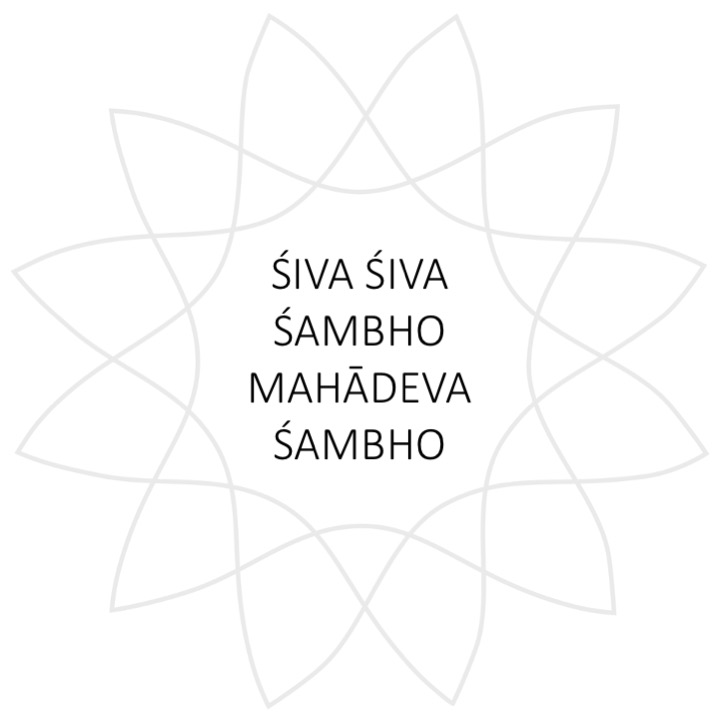 Śiva is among the three most important gods in Hinduism, either as the third member of the Hindu triad (Brahma, the creator – Viṣnu, the preserver – Śiva, the destroyer), as the highest of the many gods, or as the Absolute itself. In a Western yoga context, Śiva is generally referred to as the deity of destruction, change and transformation. Destruction does not mean death in the sense of passing into non-existence, but rather a change into a new form of life. This resonates beautifully with yoga as a journey of transformation (of body, mind, and spirit). Śiva is the destroyer of ego and duality, the first or original yogi. He is the husband of Pārvatī and father of Ganeśa and Skanda (or Kārtikeya).
The Śiva Purāna is one of the eighteen major Purānas, or sacred books, containing stories, legends, and hymns about the creation of the universe, Hindu deities, kings, heroes and sages. In the Śiva Purāna, Śiva is said to have eight names, one of which is Śambhu, meaning the bestower of happiness or the origin or source (bhū) of bliss (śam). While explaining the nature of Mahāpralaya (the final cosmic dissolution), Śambhu is described as holding the Mandākinī (Gaṅgā) on his head, symbolizing perpetual purification, and the crescent moon on his forehead, symbolizing mystical vision and knowledge. Furthermore, he has three eyes, the third being the eye of wisdom, five faces representing the five elements (earth, water, fire, air, and space/ether), holds a trident, symbolic of the three guṇa-s or qualities of nature (tamas, rajas, and sattva), and his body is entirely dusted with sacred ash.

Most of the mantras on this album came together on top of a mountain in Andalusia, Spain, where I was playing and singing live during yoga classes at a weeklong “Yoga & Healing Sound” retreat. I remember sitting with my friend and one of the retreat participants, Liana, improvising on the harmonium and humming along. The energy in the room of two people, their voices, and an instrument that spoke to their souls opened the door to divine inspiration and “śiva śiva śambho” was born. After the recording of the album was finished and I was looking for an album cover, I chose one of Liana’s paintings with a depiction of śiva’s counterpart śakti looking down on our Andalusian mountain.