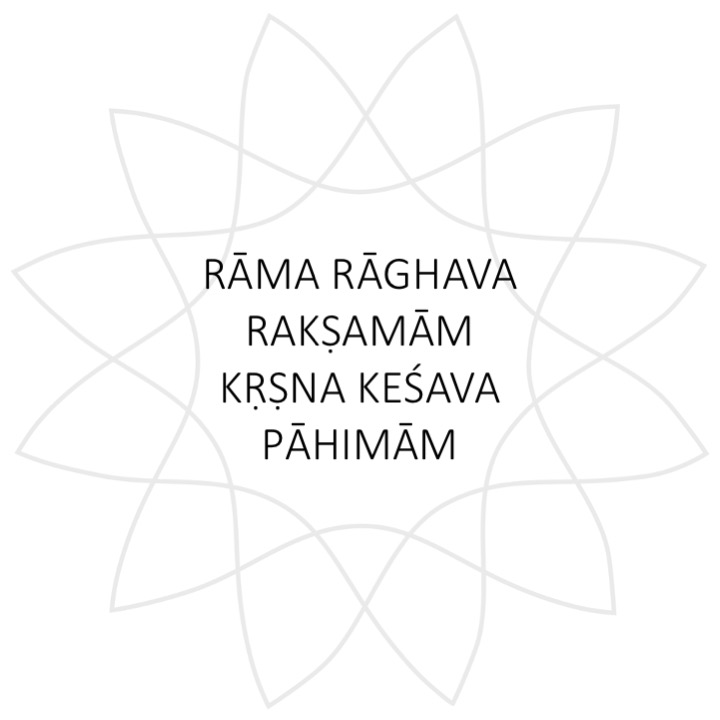 Glory to Rāma and to Kṛṣṇa.
Please protect and save us.

A recurring theme in Hindu mythology is the battle between the Devas and the Asuras. The Asuras are the ‘demons’ of the Hindu world, who need to be constantly defeated by the Devas. The Asuras live under the ground in a golden city called Hiranyapura. The Devas live in a celestial city above the sky called Amravati. The space in between is the battleground.
The Asura Keśī is a follower of Kaṃsa, evil uncle and murderous dictator of Mathurā, who is destined to be killed by Kṛṣṇa. In an attempt to avoid his death, Kaṃsa sends Keśī to Gokula, the village where Kṛṣṇa is being raised in secret by his foster mother Yashoda, wife of the chief of cowherds. Keśī takes the form of a horse to kill Kṛṣṇa. Kṛṣṇa challenges Keśī to a duel, kills him, and therefore receives the name Keśava as slayer of the Asura Keśī.

After having participated in Dave Stringer’s “Kirtan Flight School” in the Fall of 2009, I felt so inspired that I wanted to record my own mantra album but didn’t know where to begin. I wrote to Dave and asked him for writing assignments. He graciously sent me an email with a list of mantras and musical keys to write in. I had never heard of this mantra until I saw it on Dave’s list. Instinctively, I tend to gravitate toward the harmonious, soothing type of mantra, but I couldn’t do that with a mantra that refers to the slaying of a demon. I channelled my inner rocker for this one.