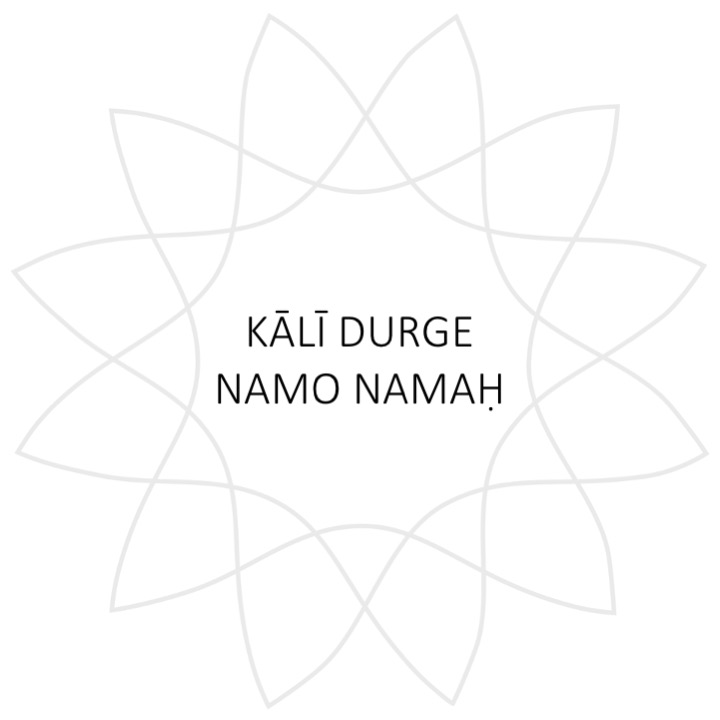 Posted at 17:38h in Blog, Mantra, Music by info@yogiluc.com

This mantra calls upon the great feminine force Śakti, personified in the warrior deities Kālī and Durgā. These two faces of Śakti demonstrate that this primal power can appear in any form at any time according to the need of the situation, and can be both fierce and loving.
Kālī is known and feared as the dark goddess of time (which devours everything), wearing a necklace of skulls, her tongue sticking out of her mouth, sometimes dripping blood and covered with snakes. Durgā is usually referred to as the goddess of war, riding a tiger or lion, holding a different weapon in each of her hands.
For many, Kālī and Durgā are synonymous and they are addressed as the destroyer of our negative ego, as well as as a loving, nurturing and protecting mother. It is therefore no coincidence that in this chant they are invoked at the same time. In doing so, we hope to gain access to these ferocious forces within ourselves to help us let go of our egoic illusions, undergo inner transformation and attain spiritual liberation.

I remember being in the recording studio and having to do this track over and over and over again. I was getting more and more frustrated, because I just couldn’t get it right. While I was feeling more and more annoyed, Jason (who I recorded BOLO! with) was getting more and more amused. As I was reaching my breaking point, I looked at him in despair and he simply replied “What can I say? Kālī can be a b*tch.” We might argue over the choice of vocabulary here, but this blunt statement did align with a lot of what I would later learn about Kālī and more subtly redefine as “tough love”.